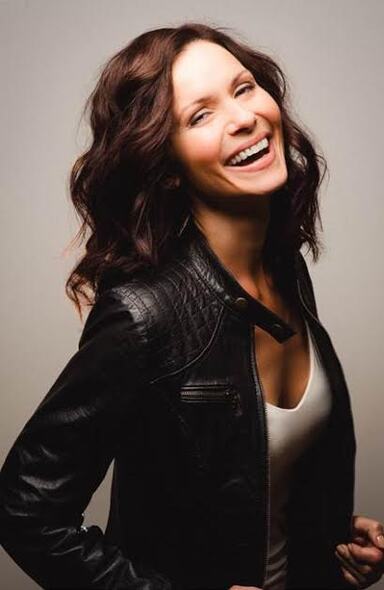 Florencia is an actor, writer, and performance artist. Theatre includes: RINSE, REPEAT (@ Signature), DEVIL OF CHOICE (LAByrinth), AND SHE WOULD STAND LIKE THIS (Movement Theatre Co.), WINNERS (EST), RED DOG HOWLS (NYTW), MACBETH, “Lady Macduff” (Shakespeare in the Park), PLACEBO (Playwrights Horizons), PRIVILEGE (Second Stage), LAST EASTER (MCC), WHERE'S MY MONEY? (MTC/LAB), DIRTY STORY (LAB). TV includes: BREATHE (Netflix, upcoming), THE BAKER AND THE BEAUTY, GOSSIP GIRL, BLUE BLOODS, UGLY BETTY, LAW AND ORDER: SVU & CI, THE MYSTERIES OF LAURA, MADAME SECRETARY, KEVIN CAN WAIT, THE BLACKLIST, and ENEMY WITHIN. She played “Claudia Messina” on Netflix’s NARCOS and “Téa Delgado” on ABC’s ONE LIFE TO LIVE. Films include: LIFE AFTER YOU (which she also co-wrote and produced), AMY MAKES THREE, FAR AWAY EYES, THE MINISTERS, PERFECT STRANGER, and VERONIKA DECIDES TO DIE. Florencia is a member of EST and of the LAByrinth Theater Company where she is LAB’s literary manager. Her play underneathmybed was produced at the Rattlestick Playwrights Theatre and won HOLA’s (Hispanic Organization of Latino Actors) Best New Play Award in 2010. Her play BUSTED was produced by Rising Phoenix at Cino Nights, and her new play PAPILUCHO is currently in development. Florencia got her MFA at NYU’s Graduate Acting Program and her BA at Brown University where she studied Comparative Literature.
Insta

How did you get involved with A Simple Herstory?

I met Jocelyn many years ago and have been involved with The Muse Project. That whole idea – of women supporting each other, to lift each other up and highlight each other’s work – I am so grateful to Jocelyn for putting her energy towards that.

I consider myself a pretty aware person but this year I became even MORE aware of how I center white men. The internalized racism and misogyny, is something I am continually amazed by. And that it’s been the default mode: listen to the guy, first of all, and listen to the white guy. Realizing that was a painful process. Rooting out the misogyny in me: “Women, we don’t matter as much. Our opinions don’t matter so much. I don’t matter as much.” What?? That has to be actively looked at, and rooted out, and the roots go so deep, they’re always just out of my reach.

The process of listening to these women in the suffragette movement, I started to learn a little bit – and I knew shamefully little – about these women who would get on literal soap boxes. They would stand on the street corner and they would be laughed at, people would throw things... these women used their voice, they would stand up in a sea of men, and talk about the right to vote – that gave me such tremendous inspiration in my life today. I felt a direct link to that reality as if it was happening simultaneously in mine, as if this wasn’t the past. The women were saying, I need you to make changes NOW. And this is what I was willing to do. So how fierce are you willing to be? How much ridicule can you stand, how much loss are you willing to suffer?

Looking at Victoria Woodhull in particular, what I found compelling was this idea that you have to be a certain way to be heard. You basically have to be, uh, unimpeachable. And the latitude that’s given to men, the hot mess that men are allowed, whether they’re artists or politicians or leaders -- women aren’t allowed that latitude. To be messy. To make mistakes. To do things that they regret, yet still deserve to be listened to. I take that imbalance very personally.

I will make mistakes as I figure out how to express myself. Because it is a messy process, and I can’t figure that out unless I’m willing to reveal myself TO myself. And to others.

What are you writing?

I’m in a writing group now that’s all women. Right now we do prompts, which initially I thought was silly but it’s yielded some really interesting work. With lots of things, I have this defense mechanism where I push it away, I demean it, there’s so much disgust – and that’s really my own self-disgust and rejection of being vulnerable and open to the illogical, the silly, to what seems to have no importance.

But I’m in an interesting place with my writing. When I write a scrap of something, if I didn’t put pen to paper it would be lost. It’s oftentimes very different from what I say or even consciously feel. It reveals an inner landscape that I need to see, that I need to understand. Makes me feel like I’m living fully.

Are there any self generated projects that you want to discuss?

I wrote a screenplay that we shot right before the pandemic, and it won best picture at the Nice International Film Festival, and I won best actress there too. Sarah T. Schwab, who directed it, had never directed a full length feature before, and we had never written a feature before, so that was incredible. It’s called Life After You. It was an exploration of many things. Loss. It’s about a mother whose son dies of an accidental heroin overdose.
​
I’m really learning about form, I don’t come to structure naturally, the way some people do. When I write something I don’t usually know what the beginning middle and end of that story will be. I usually write from a place of I want to explore this moment, or this place, or these people that I want to spend more time with, and the story reveals itself to me. But we are used to appreciating and used to receiving story in a certain way. So now I’m thinking about how to let structure help me. And wondering: Is there something inherently MALE about that structure? I mean “male” in the archetypical sense – linear.

What dead historical figure would you like to haunt you?

Oh god. Shakespeare, of course. I’m not a religious woman, but whenever I do a Shakespeare play, I think how did a human being do that? How did a human being do that so directly, whispering into my ear, the way he built the language. BUT. Then I started thinking whenever you meet your heroes, your idols, you’re going to be disappointed. I don’t know if I want to be haunted by Victoria Woodhull....but I think it would be interesting to watch her from a distance. I’m a little scared of her, because of what she dared, and how that must have ravaged her soul. I feel like I’ve had a tiny, little taste of what it might like to be banished. To do something that people really recoil from – the energy of so many people feeling that way about you – that must psychically alter your life. I mean it did, she chose to go to England. She was privileged, yes, but still a formidable presence.

What’s a concrete example of something in our field that you’d like to see change?

Right now it’s about restitution for Black people...leveling out the playing field for income inequality. It’s about numbers.

Like what the the Kilroys did in response to female writers being produced at a fraction of male writers. They said I dare your theater to produce 50% women. Inclusion riders. Let’s prove it with math. There’s has to be equity in terms of resources. This isn’t about emotion or feelings. We are going to open the door. I feel like people are waking up now. I think a lot of white male artistic directors stepping down, making way for black and brown people to be in positions of REAL power – artistic directors – that kind of shift is going to make a great difference for people everywhere.

What I want to do with my life is mentor underprivileged kids, all those kids who have not gotten the kind of education, financial and emotional support... How do we nurture the next generation? How do we fight for them so they can have the kind of life we all should be having?

Anything else you’d like to plug?
​
Labyrinth Theater Co. has an intensive ensemble, a weeklong adventure every summer, open to young adults to come and study with us, especially brown and black students. And there are a lot of scholarship possibilities. This year is full, but I hope people look it up for next year, and we are talking about making it year round. The Lab started as a place for underrepresented storytellers and stories to be heard. Labtheater.org.
This interview was conducted by Kyra Miller, 2021.
* This interview has been edited for clarity and cohesion.